CHARLOTTE, N.C. (January 6, 2020) – Prices in the Carolinas inched up slowly on the week, but could increase more depending on the movement of crude oil prices due to geopolitical concerns. Following airstrikes in Baghdad last Friday, which killed Iran’s Major General Qassem Soleimani, crude oil prices increased, causing market speculation about what could happen to gas prices in the near-term.

“Whether the increase in crude oil prices will continue to drive local gas prices up depends on the duration of the influx,” said Tiffany Wright, AAA Carolinas spokesperson. “Hopefully, any increase will be short lived, although it’s still too early to tell the impact we’ll feel across the Carolinas.”

Today’s national average is $2.58, which is the same price as last Monday and last month, but 34-cents more expensive than the beginning of 2019.

Below is a list of local prices by region: 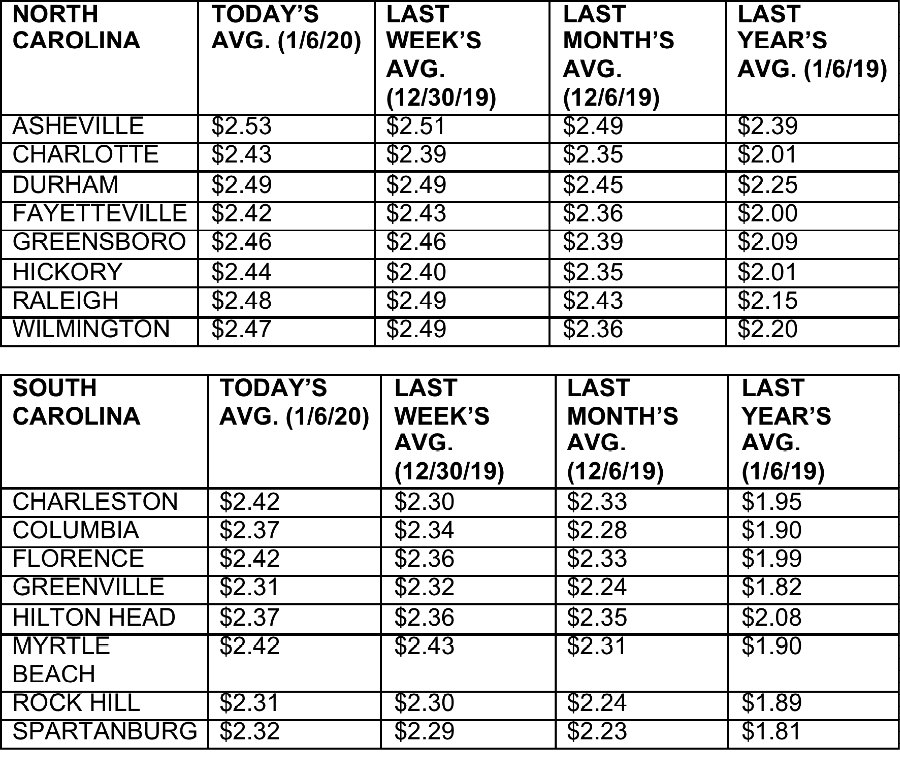 Gas price averages across the nation can be found at www.gasprices.aaa.com

Motorists can find current gas prices along their route with the free AAA Mobile app for iPhone, iPad and Android. The app can also be used to map a route, find discounts, book a hotel and access AAA roadside assistance. Learn more at  AAA.com/mobile     .

AAA Carolinas, an affiliate of the American Automobile Association, is a not-for-profit organization that serves more than 2.2 million member and the public with travel, automobile and insurance services while being an advocate for the safety and security of all travelers.