CHARLOTTE, N.C. (November 11, 2019) – The latest Energy Information Administration (EIA) gasoline demand reading reflected the most fall-like numbers (9.1 million b/d) since the end of September. Despite lower demand, stocks drew by a significant 2.8 million bbl in part due to high exports. On the week, the average in the Carolinas and nationally increased by pennies.

“While both Carolinas are seeing more expensive gas prices on the week, the good news is that the majority of the increases were nominal at a few pennies,” said Tiffany Wright, AAA Carolinas spokesperson. “Motorists are likely to see continued fluctuation at the pump, but not major increases in the weeks to follow.”

Compared to a month ago, state averages are about a 50/50 split in being either more or less expensive. The vast majority of motorists are seeing savings at the pump compared to November 2018, by as much as a quarter. 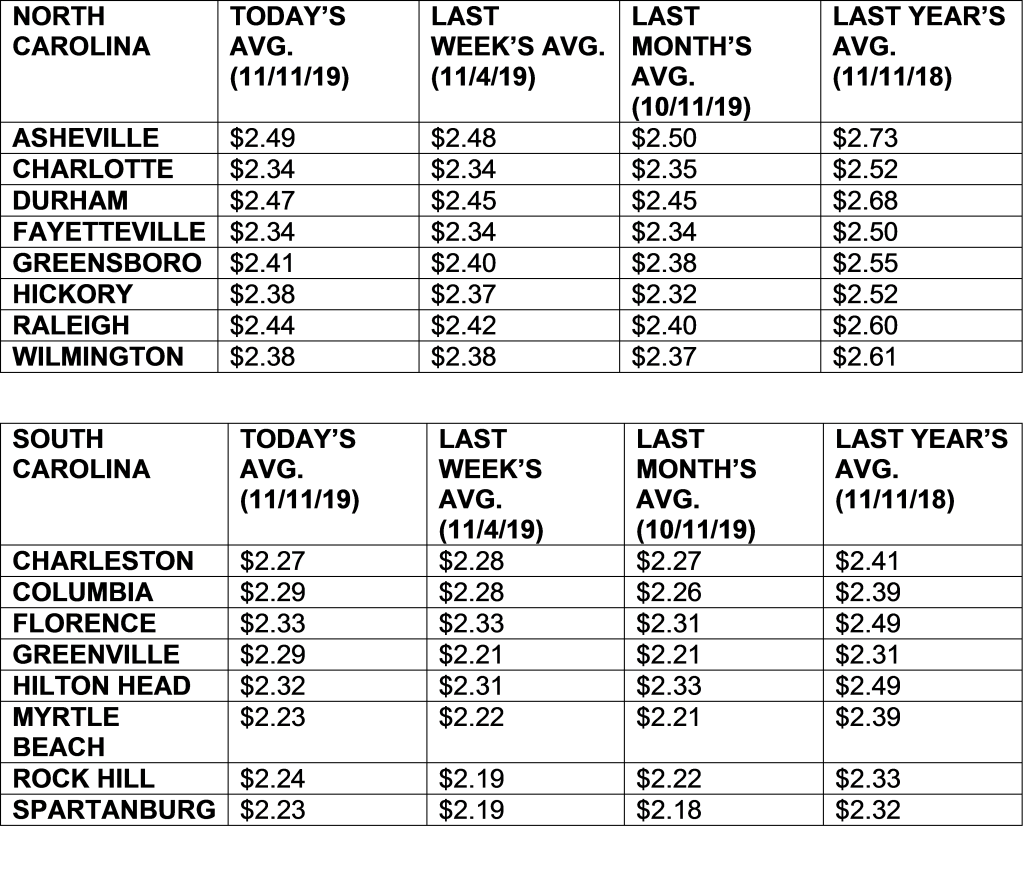