Fatal teen crash rates show drinking and driving, speeding and distraction are among top killers on the road during summer

CHARLOTTE, N.C. (May 30, 2019) – Over the past five years, nearly 3,500 people have been killed in crashes involving teen drivers during the 100 Deadliest Days, the period between Memorial Day and Labor Day, when the number of crash fatalities involving a teen driver historically rise. New crash data from 2013-2017 reveals major factors contributing to fatal teen crashes during the summer driving period include:

“We know from crash statistics that teens are more susceptible to being involved in a crash,” said Tiffany Wright, President of AAA Carolinas Foundation for Traffic Safety. “While these novice drivers may be prone to make mistakes early on, it’s imperative that we continue teaching them safe practices behind the wheel in hopes that they won’t engage in dangerous behaviors that put themselves and others at risk.”

During that same time period in South Carolina, there were 7,482 collisions involving a teen driver resulting in 2,128 injuries and 16 teen fatalities, according to the SCDPS. This is double the amount of teens killed from the year before, but is much lower than the 24 fatality average of the three years prior.

Below are the numbers nationally: 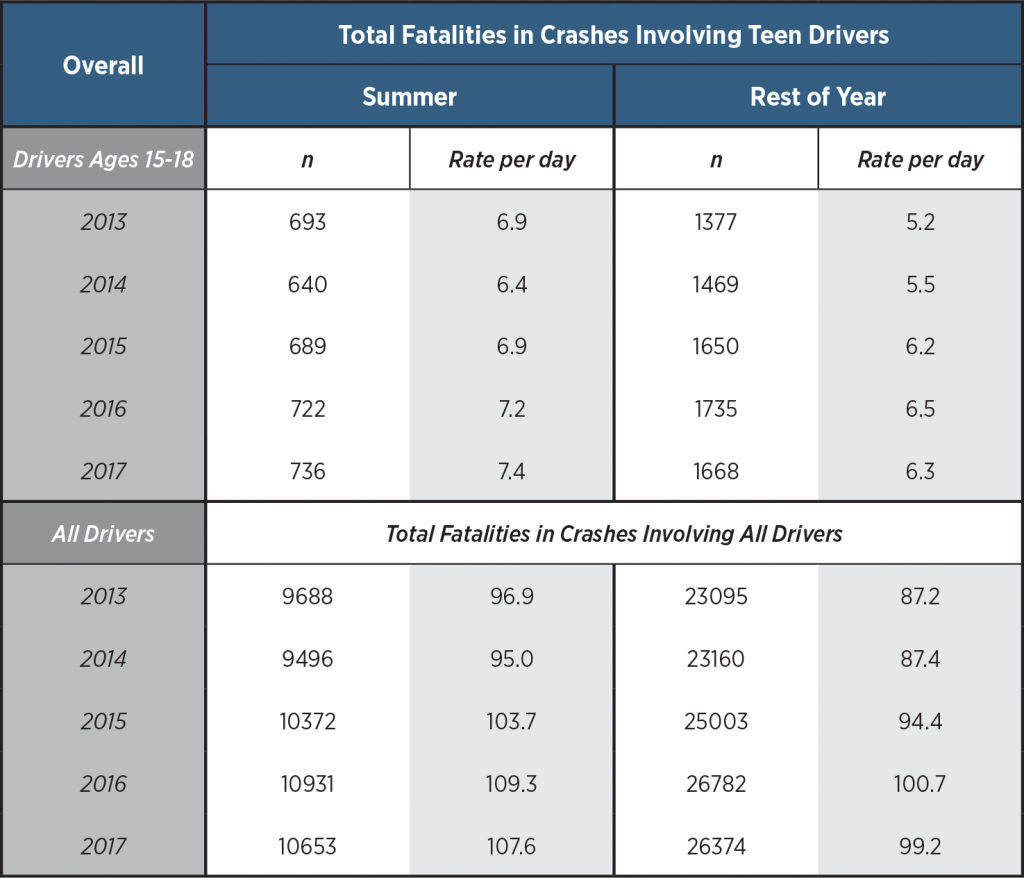 AAA Foundation research found that nearly two-thirds of people injured or killed in a crash involving a teen driver are people other than the teen behind the wheel. Crashes for teen drivers increase significantly during the summer because teens are out of school and driving more. Over the past five years during the “100 Deadliest Days”:

Reckless behavior like drinking and driving, speeding and distraction are contributing to the alarming number of crash deaths involving teen drivers each summer.

Speeding
Speeding significantly increases the severity of a crash and is a growing problem among teen drivers. In the AAA Foundation’s latest Traffic Safety Culture Index, half (49.7 percent) of teen drivers reported speeding on a residential street in the past 30 days and nearly 40 percent say they sped on the freeway.

Drinking and Driving
Despite the fact that teens cannot legally consume alcohol, one in six teen drivers involved in fatal crashes during the summer tested positive for alcohol.

Distraction- Underreported Problem
More than half of teen drivers (52 percent) in the AAA Foundation’s latest Traffic Safety Culture Index report reading a text message or email while driving in the past 30 days and nearly 40 percent report sending a text or email. It is difficult for law enforcement to detect distraction following a crash, which has made distracted driving one of the most underreported traffic safety issues.

“Parents have plenty to be concerned about as their teens hit the road this summer,” added Wright. “Teens are making terrible decisions that lead to deadly consequences on the road. Parents can be the best line of defense to help keep everyone safe behind the wheel.”

To keep roads safer this summer, AAA encourages parents to:

“Teens should also prepare for summer driving by practicing safety during every trip,” continued Wright. “Putting their cell phone down with both hands on the wheel, obeying traffic safety laws and staying away from impairing substances like alcohol and drugs will help prevent many crashes from ever occurring.”

TeenDriving.AAA.com has a variety of tools to help prepare parents and teens for the dangerous summer driving season. The online AAA StartSmart program also offers great resources for parents on how to become effective in-car coaches as well as advice on how to manage their teen’s overall driving privileges. Teens preparing for the responsibility of driving should enroll in a driver education program that teaches how to avoid driver distraction and other safety skills. 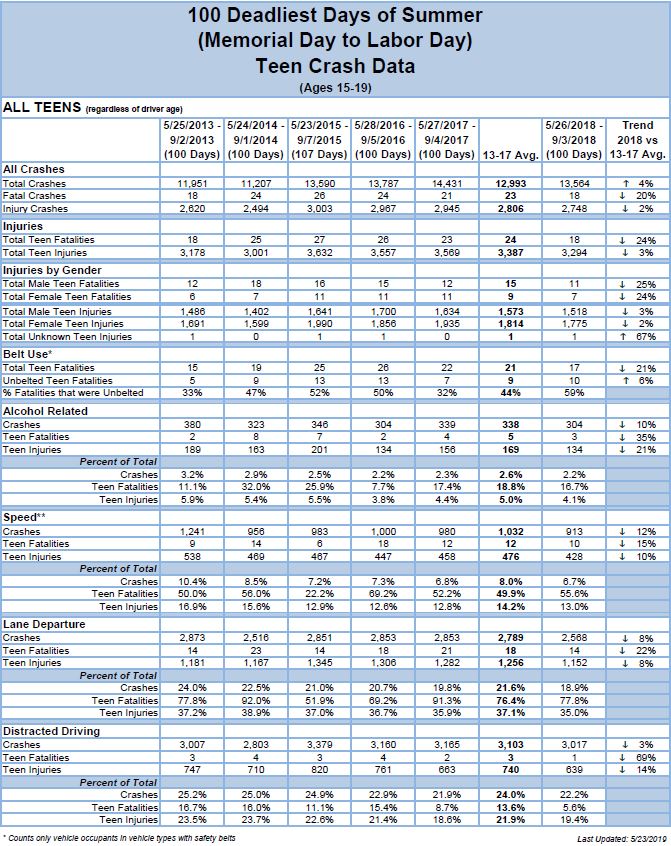