CHARLOTTE, N.C. (April 15, 2019) – Gas prices have increased on the week again in the Carolinas, steadily surpassing the prices of last year.

“An increase in gas prices around this time of year is not uncommon, but the extent to which we’ve seen prices go up is pretty astonishing,” said Tiffany Wright, AAA Carolinas spokesperson. “Motorists are seeing prices increase as gasoline stocks decreased substantially by 7.7 million bbl amid summer-like demand.” 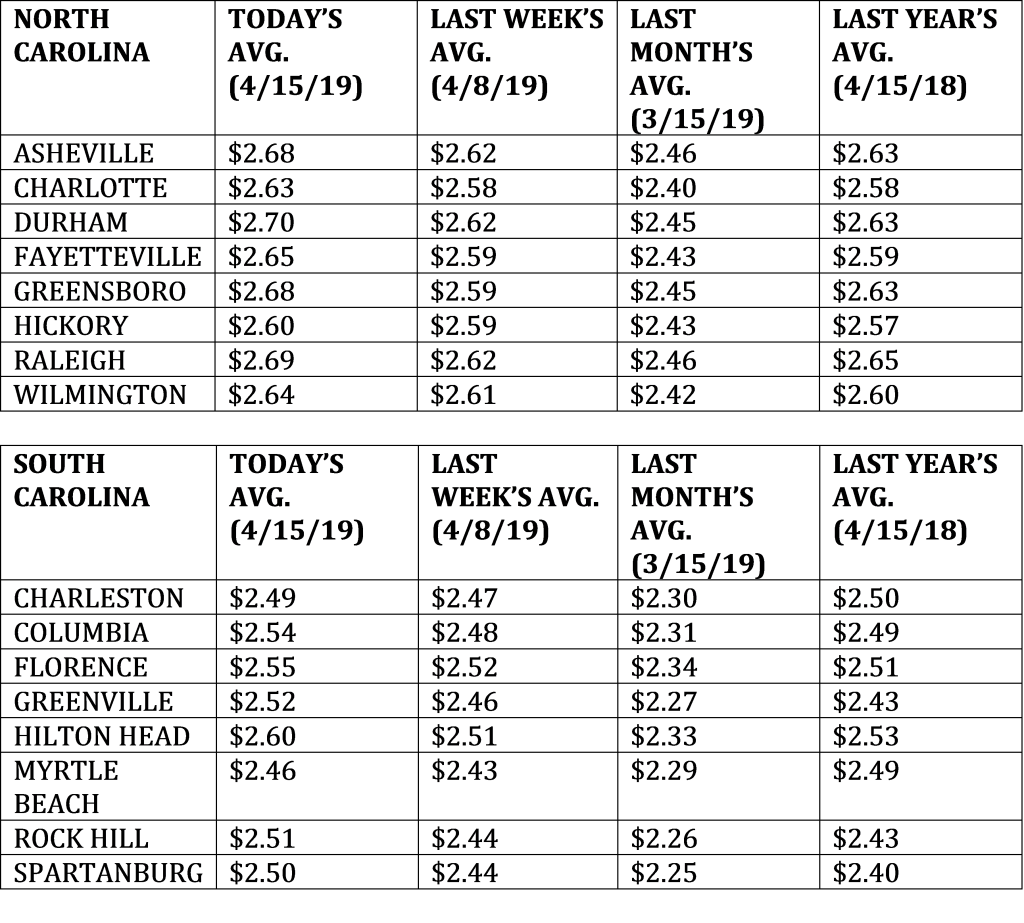