CHARLOTTE, N.C. (September 18, 2019) – Carolinians are seeing spikes at the pump – some upwards of 10 to 20 cents overnight – as stations adjust to the lesser supply following the facility shutdowns in Saudi Arabia.

“Increases will most likely continue but may vary regionally and by local markets due to varying transportation costs and the switchover – throughout this month – to less expensive winter blend gasoline,” said Tiffany Wright, AAA Carolinas spokesperson. “While the national average could reach $2.75 this month, we hope to see lower prices across the Carolinas.”

The timeline for Saudi Arabian facilities to resume normal operations remains fluid. During a press conference on Tuesday, Saudi Arabia’s energy minister said half of the oil production that was lost has been restored and normal production would resume by the end of September. If this proves true, any price spikes being realized now will be short-term. 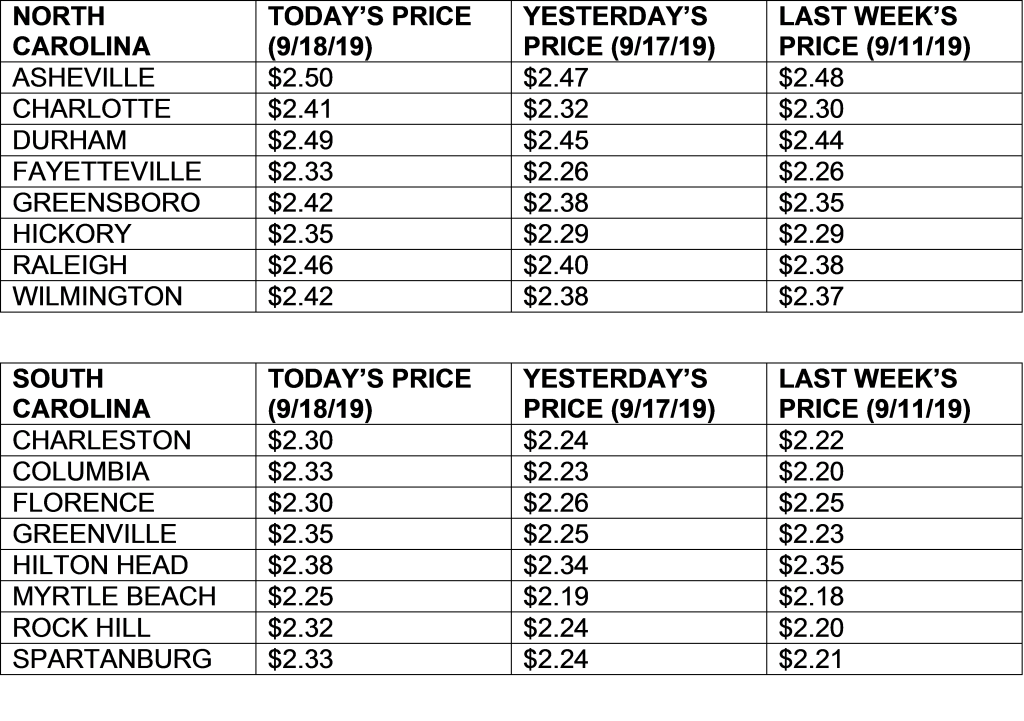