CHARLOTTE, N.C. (April 29, 2019) – One week after the U.S. State Department announced the end of waivers for countries to import oil from Iran, increasing crude oil prices and pump prices show no signs of slowing down.

With a seven-cent jump on the week, North Carolina’s current state average is $2.73, up 21 cents from a month ago and four cents from this time last year. With a three-cent jump on the week, South Carolina’s current average is $2.56, up 11 cents from last month and down a cent from this time last year.
​​​​​​​
“Compared to the beginning of this year, motorists have definitely felt an increasing squeeze on their wallets at the pump,” said Tiffany Wright, AAA Carolinas spokesperson. “These increases also indicate that Carolinians are having to work more to afford to fill-up their tanks.”

Working with OPIS (Oil Price Information Service), AAA identified the median income for each county in the country broken down to an income by minute assuming a 40-hour workweek. The average gasoline price today was compared to the income per minute finding that counties in the Southeast have been hit the hardest.

“With gas prices continuing to climb in the Carolinas, it’s likely we’ll be paying more at the pump this Memorial Day weekend than last year,” added Wright. 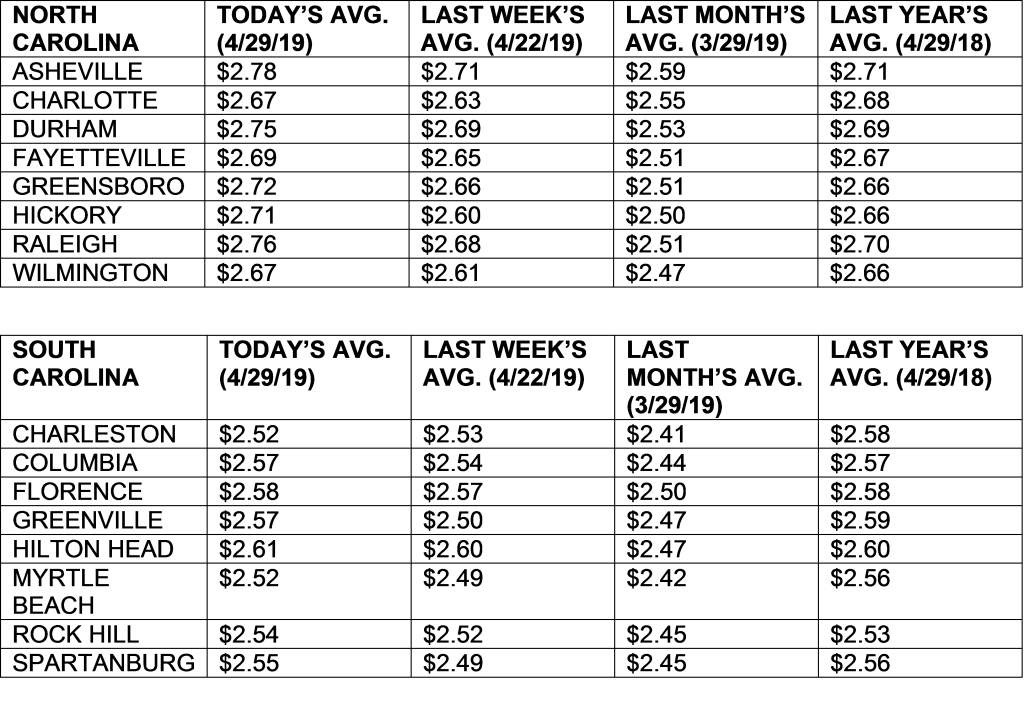