CHARLOTTE, N.C. (May 6, 2019) – For the first time in months, gas prices averages are down on the week across the Carolinas.

“While gasoline demand remains very high, inventories grew for the first time since early February, which was a pleasant surprise and contributed toward averages in the Carolinas going down this week,” said Tiffany Wright, AAA Carolinas spokesperson.

“Motorists across the Carolinas are likely to continue to see prices fluctuate through this month, potentially going up and down as demand remains high and inventories work to catch up,” added Wright. 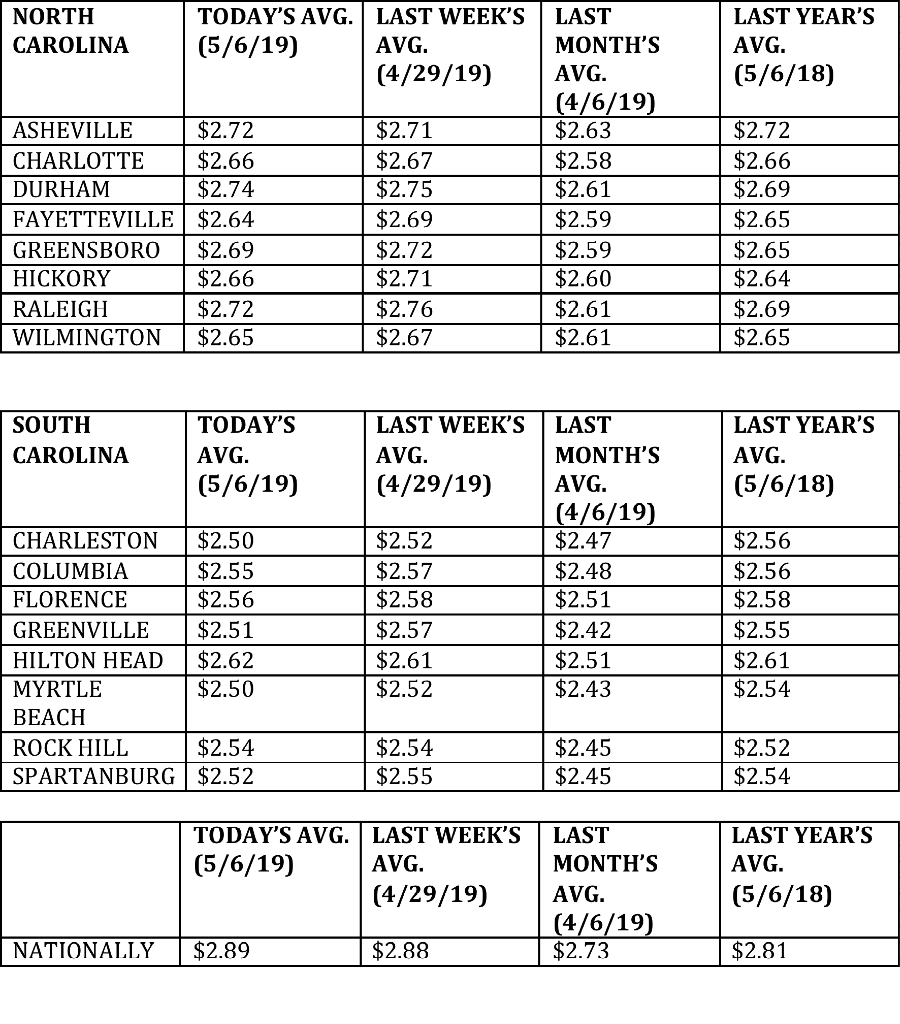