CHARLOTTE, N.C. (March 4, 2019) – The national gas price average has increased nearly 20-cents since the beginning of the year, which is the largest jump during the January-February timeframe since 2015.

The sharp increase during the month of February was mostly due to refineries undergoing planned and unplanned maintenance and an increase in crude oil prices.

“Pump prices have been pushed higher this week due to reduced gasoline stock levels and increased demand,” said Tiffany Wright, AAA Carolinas spokesperson. “Motorists can expect gas prices to continue to increase as refineries gear up for spring gasoline production and maintenance season.”
​​​​​​​
Below is a list of prices across the region: 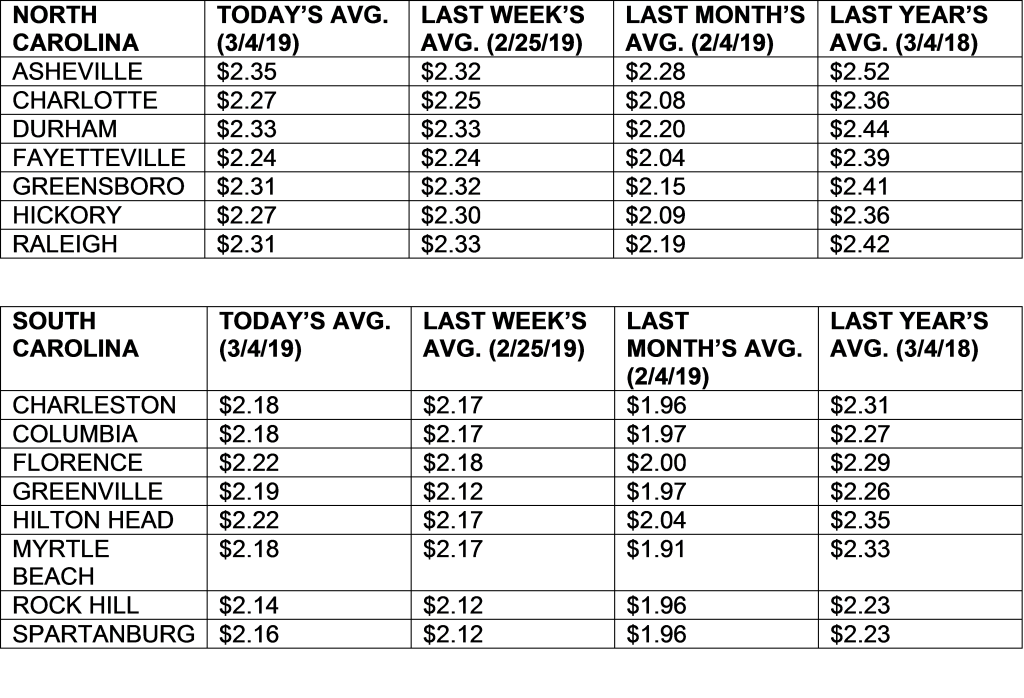