CHARLOTTE, N.C. (April 22, 2019) – With only a penny increase on the week, the national gas price average saw the smallest one-week jump since mid-February. For the last eight weeks, weekly jumps ranged anywhere between a nickel and a nearly a quarter.

“Motorists were treated to a sweet surprise this morning when their gas prices didn’t sky-rocket for yet another week,” said Tiffany Wright, AAA Carolinas spokesperson. “Unfortunately, we may see them go up again as gasoline stocks continue to tighten, measuring below levels compared to the same time in the past three years.” 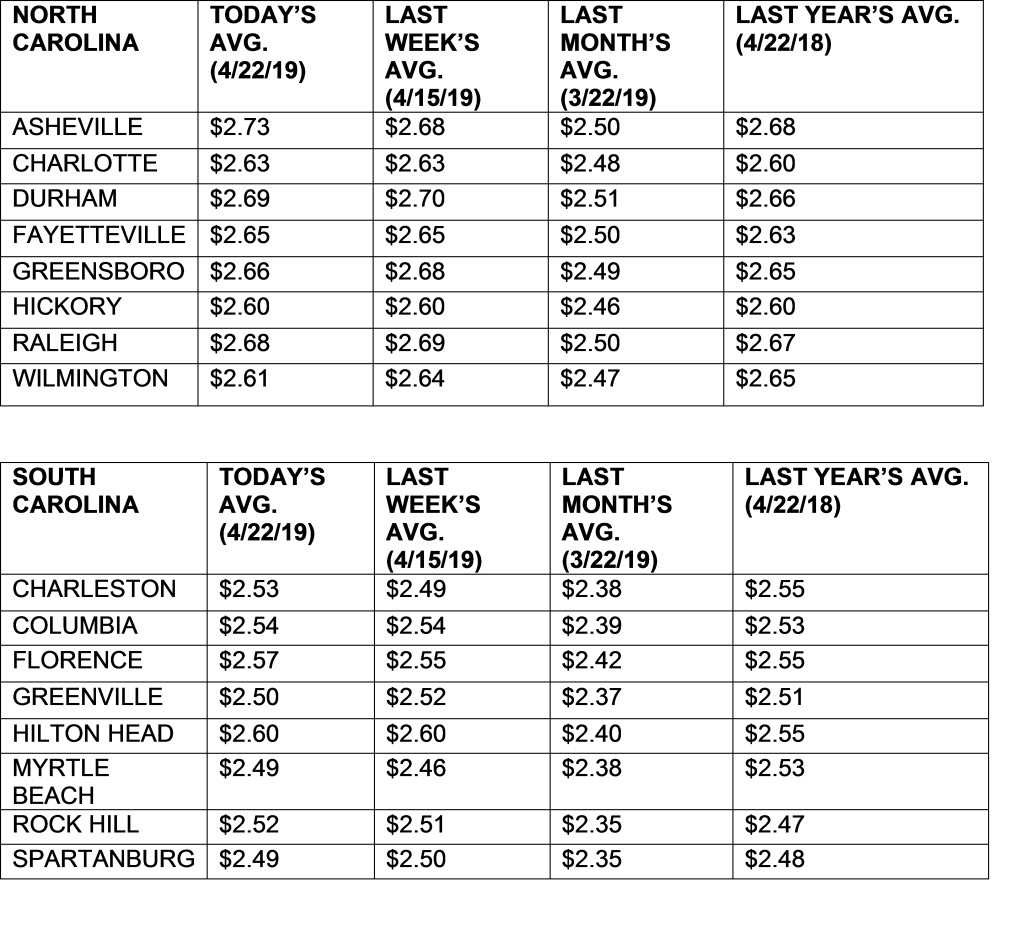