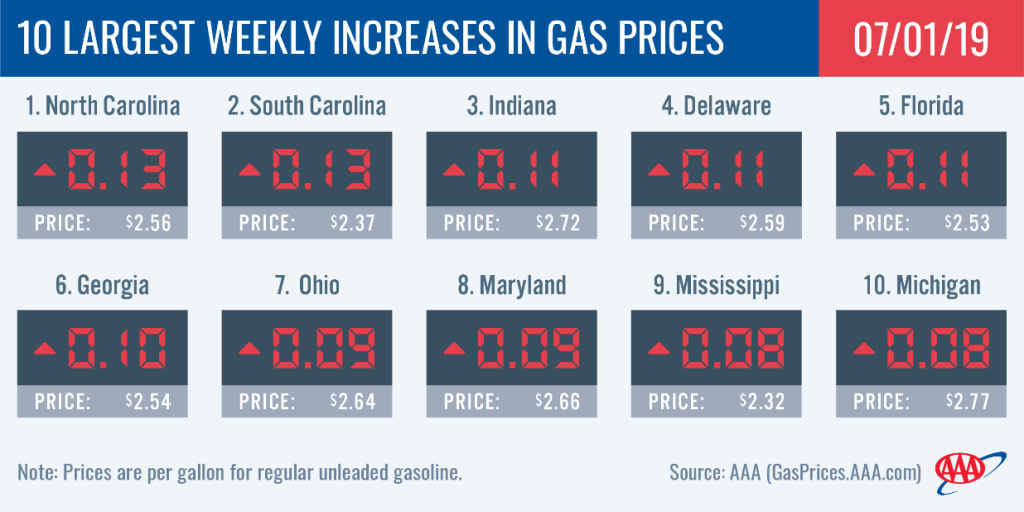 “The estimated 1.8 million Carolinians hitting the road for Independence Day this year will find gas prices cheaper than Memorial Day weekend and last year’s Independence Day, but more expensive than they’ve been paying in the last few weeks,” said Tiffany Wright, AAA Carolinas spokesperson. “It’s typical to see an increase ahead of the holiday, but we may see prices continue to jump throughout the month due to a few moving parts.”
​​​​​​​
Factors driving up gas prices:

Below are the averages by region: 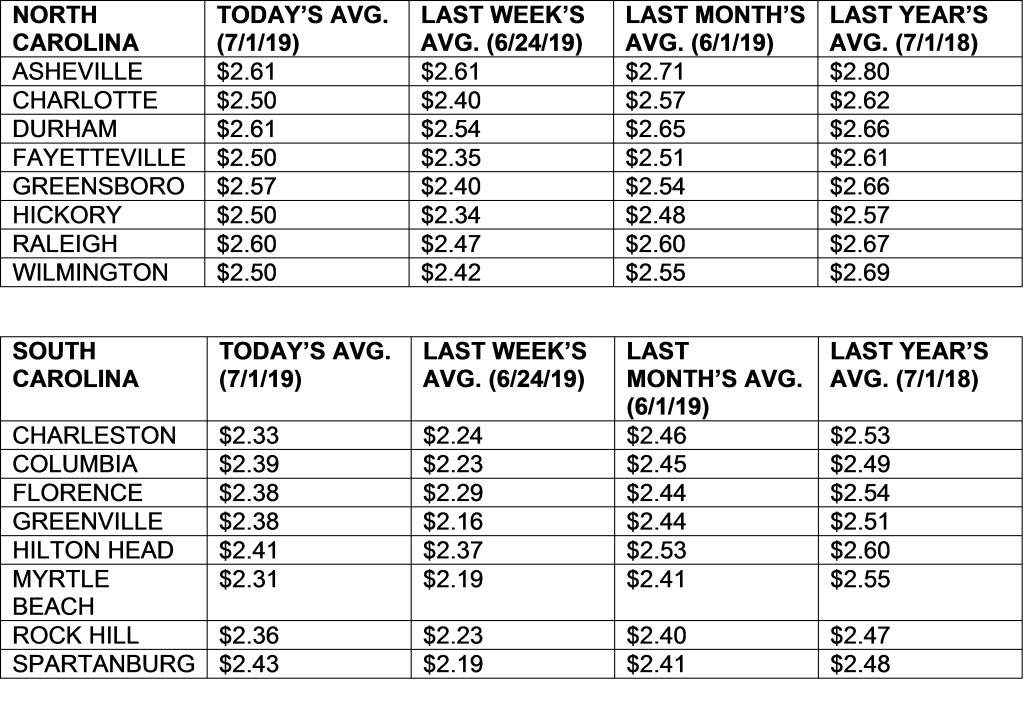 For our release on Independence Day travel numbers, click here.