“The gas situation is different for many Carolinians this week as we start to pick up the pieces from Florence,” said Tiffany Wright, AAA Carolinas spokesperson. “While some motorists are feeling relief, others are unfortunately still seeing bagged pumps at their area gas stations. If stations are out, it’s primarily due to power outages or impassable roads. Until power is restored, stations cannot accept deliveries to re-supply.”

Priority for gas typically goes to first responders before stations in times of emergency. Once areas regain power and roads clear, there is plenty of inventory to refuel the stations. The EIA reports that gasoline inventories in pipelines in the Lower Atlantic region are 10% higher than the 5-year average.

Below is a list of gas price averages by metro area: 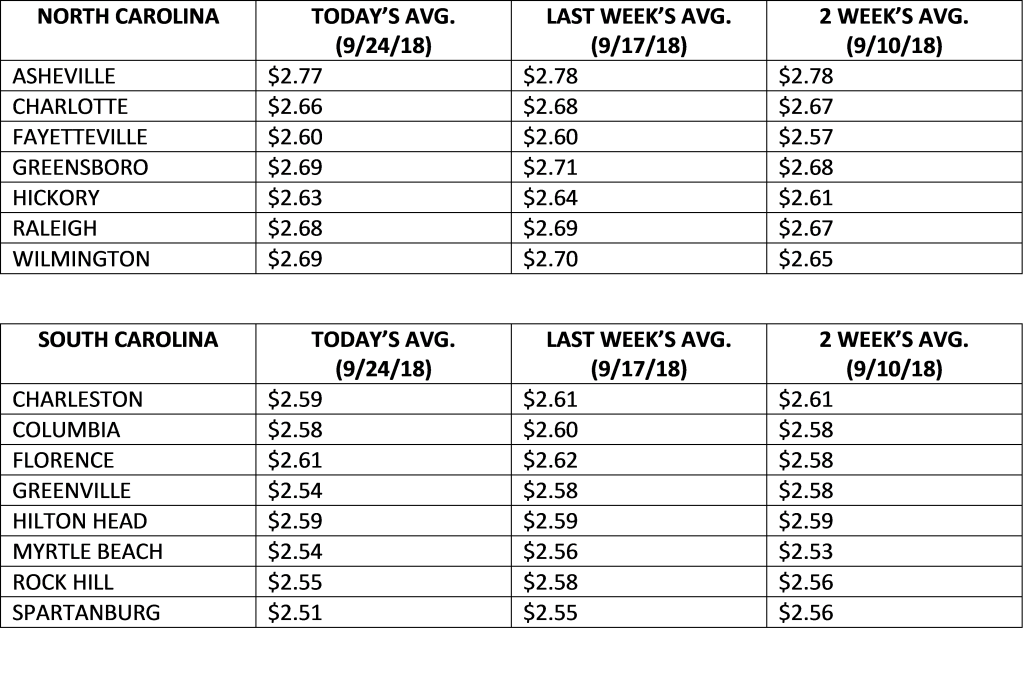