CHARLOTTE, N.C. (July 23, 2018) – Volatility is the trend for July gas prices as the rate for crude oil rises and drops amid lingering geopolitical concerns. In the U.S., the first half of the month saw pump prices increase from $2.85 to $2.89, while the second half is proving cheaper with the national gas price average down to $2.84 today. The national average has not been this low since early May.

“July gas prices have been on a roller coaster ride, but appear to be on a downward slope at the moment. If demand and supply stay consistent, prices have the potential to stabilize barring any major events – geopolitical or natural disasters,” said Tiffany Wright, AAA Carolinas spokesperson. “The market is also following this up and down trend lately. Last week, crude prices dropped below $70/bbl for the first time since June, but then returned above the price point to close out the week.”

South Carolinians can find the cheapest gas in the country in their state, which coincidentally was the cheapest average state this time last year as well at $1.99.

Below is abreakdown of prices across the Carolinas: 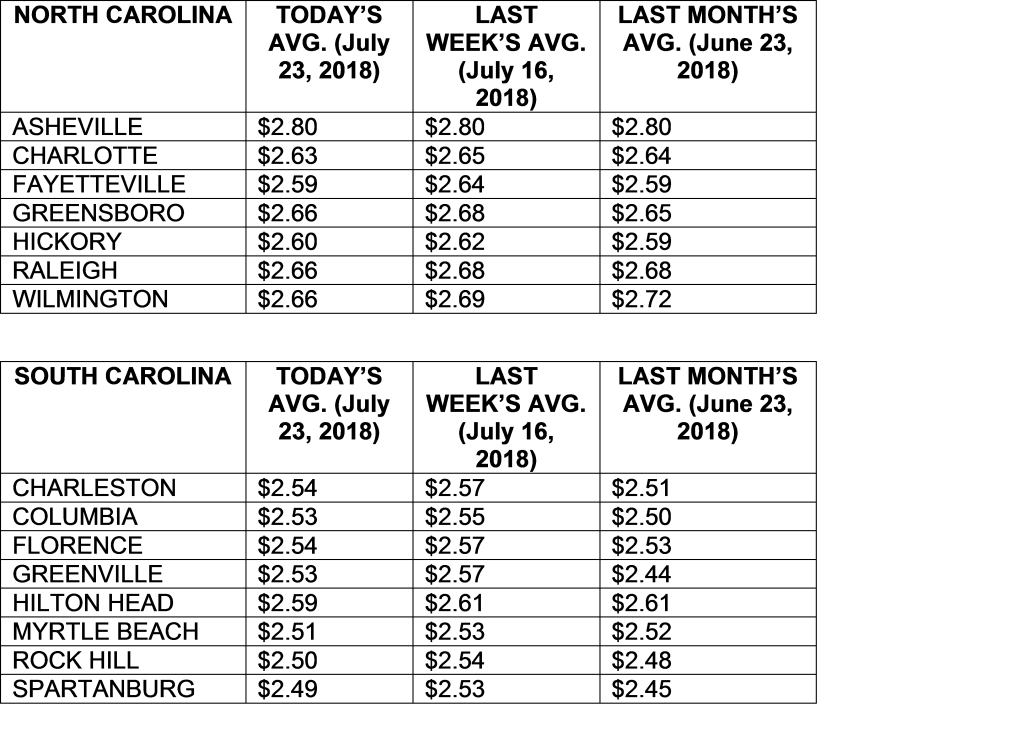